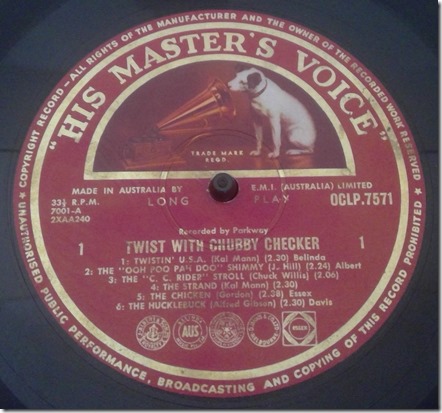 12×5 Reasons ..to like early Rolling Stones.  This band requires no introduction. This is their second album (US) but as it turns out, also their second album in Australia. The Release This album, much like their debut, is mostly a collection of covers from contemporary artists.  My two favourite tracks would likely have to be […]

Newcastle Heroes Tamam Shud is an Australian psychedelic, progressive and surf rock band, which formed in Newcastle in 1964. The initial line-up were known as Four Strangers with Eric Connell on bass guitar, Dannie Davidson on drums, Gary Johns on rhythm guitar and Alex “Zac” Zytnik on lead guitar. At the end of that year […]

The Debut Album I think these guys might go far.. Seriously, it’s really something to hear the early beginnings of one of the biggest bands in music history.  Syd Barrett was at the helm and Roger Waters had just started contributing but what we have in “The Piper at the Gates of Dawn” is a […]

Export Vinyl Back in the 1970s in Australia, parallel importation of vinyl records created arguably a very niche collectable – the redacted or “donut” labels and sleeves of Columbia Records pressings. Some background: This arrangement ended in 1961 when Columbia formed its own international organization, CBS Records, in 1962, which released Columbia recordings outside the […] Last month, I casually browsed an Australian site called Gumtree.  It’s a classifieds site which allows people to place free ads online, and I tend to check for listings relating to vinyl records on an ad-hoc basis. I was just relaxing, browsing on my phone, when I came across a new listing which featured five […]

A classic revisited Simon and Garfunkel’s 1960s masterpiece revived in the 1980s as a part of CBS’ Mastersound series, featuring half speed mastering as an audiophile release.  This was a huge upgrade from a heavily scratched original pressing that I had initially. The Release This album surely requires no introduction.  There are some of Simon […]